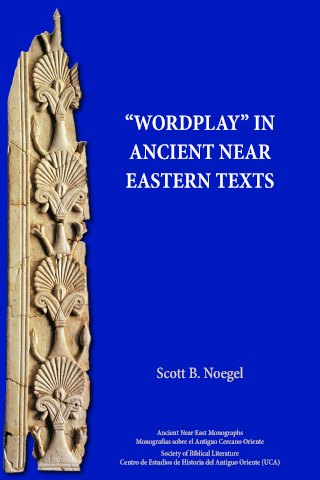 “Wordplay” in Ancient Near Eastern Texts

This book from Scott B. Noegel offers a comparative, in-depth study of “wordplay” in ancient Near Eastern texts. Noegel establishes comprehensive taxonomies for the many kinds of devices that scholars label as wordplay and for their proposed functions. The consistent terminology proposed offers students and scholars of Sumerian, Akkadian, Egyptian, Ugaritic, Hebrew, and Aramaic a useful template for documenting and understanding the devices they discover and for comparing them across languages for a rich interdisciplinary dialogue.