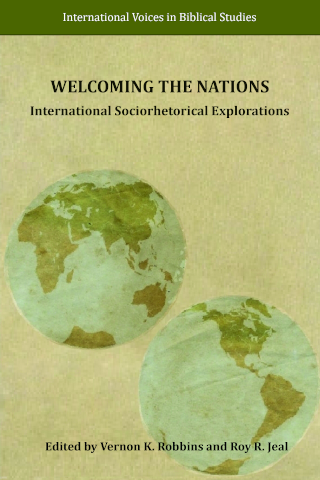 This volume celebrates and reflects upon sociorhetorical interpretation of the New Testament as developed by Vernon K. Robbins in The Tapestry of Early Christian Discourse (Routledge) and Exploring the Texture of Texts (Continuum), both published in 1996. Scholars from around the world take sociorhetorical interpretation into new arenas to approach issues arising from their own contexts, including the environment, gender, and economics.

Vernon K. Robbins is Professor Emeritus of Religion-Winship Distinguished Research Professor in the Humanities at Emory University. Robbins launched sociorhetorical interpretation in New Testament studies with Jesus the Teacher: A Socio-Rhetorical Interpretation of Mark (1984). His books include Foundations for Sociorhetorical Exploration: A Rhetoric of Religious Antiquity Reader (2016).

Roy R. Jeal is Professor of Religion at Booth University College. He is the author of Exploring Philemon: Freedom, Brotherhood, and Partnership in the New Society (2015) and coeditor of The Art of Visual Exegesis: Rhetoric, Texts, Images (2017).