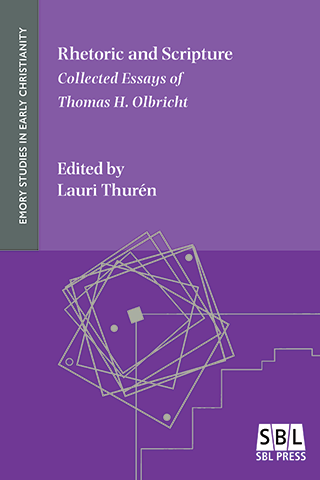 Thomas H. Olbricht was Distinguished Professor Emeritus of Religion at Pepperdine University. He published his autobiography, Reflections on My Life in the Kingdom and the Academy in 2012. His coedited volumes include Paul and Pathos (2001), Early Christianity and Classical Culture: Comparative Studies in Honor of Abraham J. Malherbe (2003), and Rhetoric, Ethic and Moral Persuasion in Biblical Discourse (2005).

Lauri Thurén is Professor of Biblical Studies at the University of Eastern Finland.