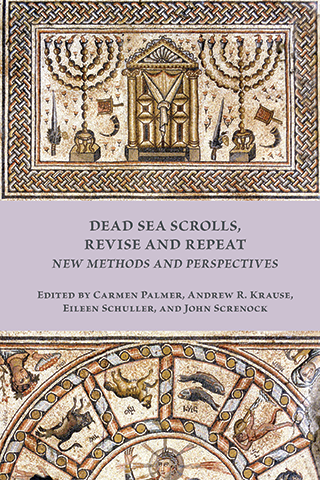 This book examines the identity of the Qumran movement by reassessing former conclusions and bringing new methodologies to the study of the Dead Sea Scrolls. The essays in this volume reassess the categorization of rule texts, the reuse of scripture, the significance of angelic fellowship, the varieties of calendrical use, and celibacy within the Qumran movement. Contributors consider identity in the Dead Sea Scrolls from new interdisciplinary perspectives, including spatial theory, legal theory, historical linguistics, ethnicity theory, cognitive literary theory, monster theory, and masculinity theory.

Carmen Palmer is Adjunct Faculty at Martin Luther University College in the areas of biblical studies and global citizenship. She is the author of Converts in the Dead Sea Scrolls: The Gēr and Mutable Ethnicity (2018).

Eileen Schuller is Professor Emerita of Religious Studies at McMaster University, Hamilton, Canada. Since 1980 she has been involved in the publication of the Dead Sea Scrolls in the Discoveries in the Judaean Desert series, especially manuscripts of prayers and hymns.

John Screnock is Research Fellow in Hebrew Bible at the University of Oxford and Co-investigator of the Critical Editions of the Hebrew Bible project. He is the author of Traductor Scriptor: The Old Greek Translation of Exodus 1–14 as Scribal Activity (2017).